My Thoughts on the “Dunning Affair”

I have always been a skeptical type, from the age I started asking questions and began to read I have been fascinated by science and rejected the claims of religion very early. Even as a child I wasn’t the kind of person to take something as given just because an authority figure said it. In 2010 it was through Brian Dunnings appearance of the Doctor Karl science hour show that I was alerted to the fact that there existed a skeptical genre of podcasts. Skeptoid was a revelation, I listened to the entire back catalogue in a matter of months and quickly sought more podcasts in the same genre, getting into the Skeptics Guide’ and various other podcasts, to find there was a whole “community” of skeptics was a revelation one which I can honestly say has enriched my life and given me a cause to be apart in which to pour my talents and energy.

If you are unaware, and I’m sure a lot of you may very well be, in 2010 Brian Dunning was indicted on the charge of wire fraud, the specific details are complicated but essentially the accusation is that he and 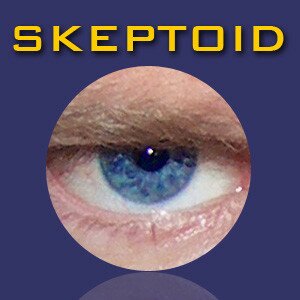 others devised code in the form of a ‘cookie’ that would be installed onto your browser and trick eBay into thinking you had been sent there by a legitimate affiliate link such as those banner ads you often see, earning Dunning et al. a commission, this it is alleged amounted to fraud. After initially fighting the charges it emerged in 2013 that he had plead guilty to the charges and on the 4th of August 2014 he was sentenced to 15 months imprisonment with 3 years of supervised parole.

As some of you may have noticed there has been a growing split in the US skeptic community for the past couple of years for various reasons which has lead to a variety of different types of responses to this information, I’m not going to comment on the he said she said back and forth that has resulted from this because I don’t think that helps us as a community or in the eyes of the public and personally I think our efforts might be better served practicing productive skepticism rather than expending energy criticising each other, however I do you think you should read all the various view points. Here, here, here and here. And I’m sure there will be more to follow. Edit: here is another post, and also this one. Dunning has posted an article on his website in which some misinformation that may have appeared in these posted have been corrected.

As a skeptic I didn’t want to comment on this until all the information was in, speculation doesn’t help anything in these instances in my opinion. But I do think it is important that now the whole episode is effectively done (minus any kind of public statement from Dunning himself [Edit 07/08/2014 Dunning has released a statement on his personal website, I won't affect your own thoughts on the matter by giving you my opinion]) that as a “community” we discus the implications of this, as well as be honest about our thoughts on the matter, because the woo crowd won’t be quiet about this, believe you me.

I was extremely disappointed when I first heard about all of this some time towards the end of 2012, I think it is human nature to ascribe desirable characteristic onto people who earn your respect through other means. The fact is that ignoring all else Skeptoid has been for a long time a valuable resource for the skeptical community, for the most part each skeptoid treatment was well researched and referenced and was a great place to send people who were unsure on a topic. Although it is clearly a logical fallacy to say that beacuse Dunning was convicted of fraud his Skeptoid work is therefore invalid, the fact is that reputation of the source is extremely important to most people when considering the validity of information they are presented. Many people when presented with information from him will simply dismiss it; “How can I trust information from a convicted fraudster?”. As far as I am concerned we have lost a valuable resource, I w 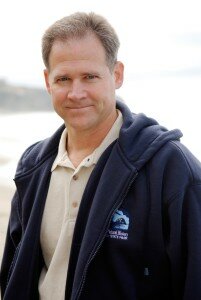 ill no longer be pointing people to Skeptoid, because for many people not only will the information no longer be credible, but my own credibility will be called into question for continuing to point people to that resource, whether there is valid logic for this outcome or not.

Further we have to accept the fact that this incident will damage the cause of skepticism as a whole, just as Dunning’s actions in this matter don’t invalidate his skeptical work, his association with the “movement” doesn’t logically invalidate the movement itself. But a lot of our “opponents” and many members of the general public are unlikely to see things this way, it is likely that Dunning’s transgression will be used against us to discredit the movement as a whole and we have to be prepared to deal with that. And for this I don’t think some anger towards Dunning is unfair.

On a more personal note my opinion of Dunning has been damaged by this incident, we must face the fact that he committed a crime and while I don’t gain any pleasure from the fact that he now faces a prison sentence I am not sad about it either, people understand the laws and should be subject to the consequences for breaking them, no matter who they are. Having said that I don’t believe my opinion of someone should ever be irreparably damaged, his future actions will determine how my opinion of him evolves.

To be blunt this whole affair is an ugly one for the US and global skeptic endeavour, this incident is going to do damage to the movement that like a deep wound will eventually heal but will leave a scar as a constant reminder of past trauma. Should Dunning be welcomed back to the skeptical community when he finishes his sentence? On a personal level I don’t see why anyone should be beyond redemption. However taking a pragmatic approach I cannot see any way that it will be possible without inflicting further damage on our efforts and our never ending quest for greater credibility with a public that already has a fairly dim view of what we are trying to achieve. Unfortunately for the skeptical community and perhaps Dunning himself, I think we have forever lost what was for a long time a quality resource.